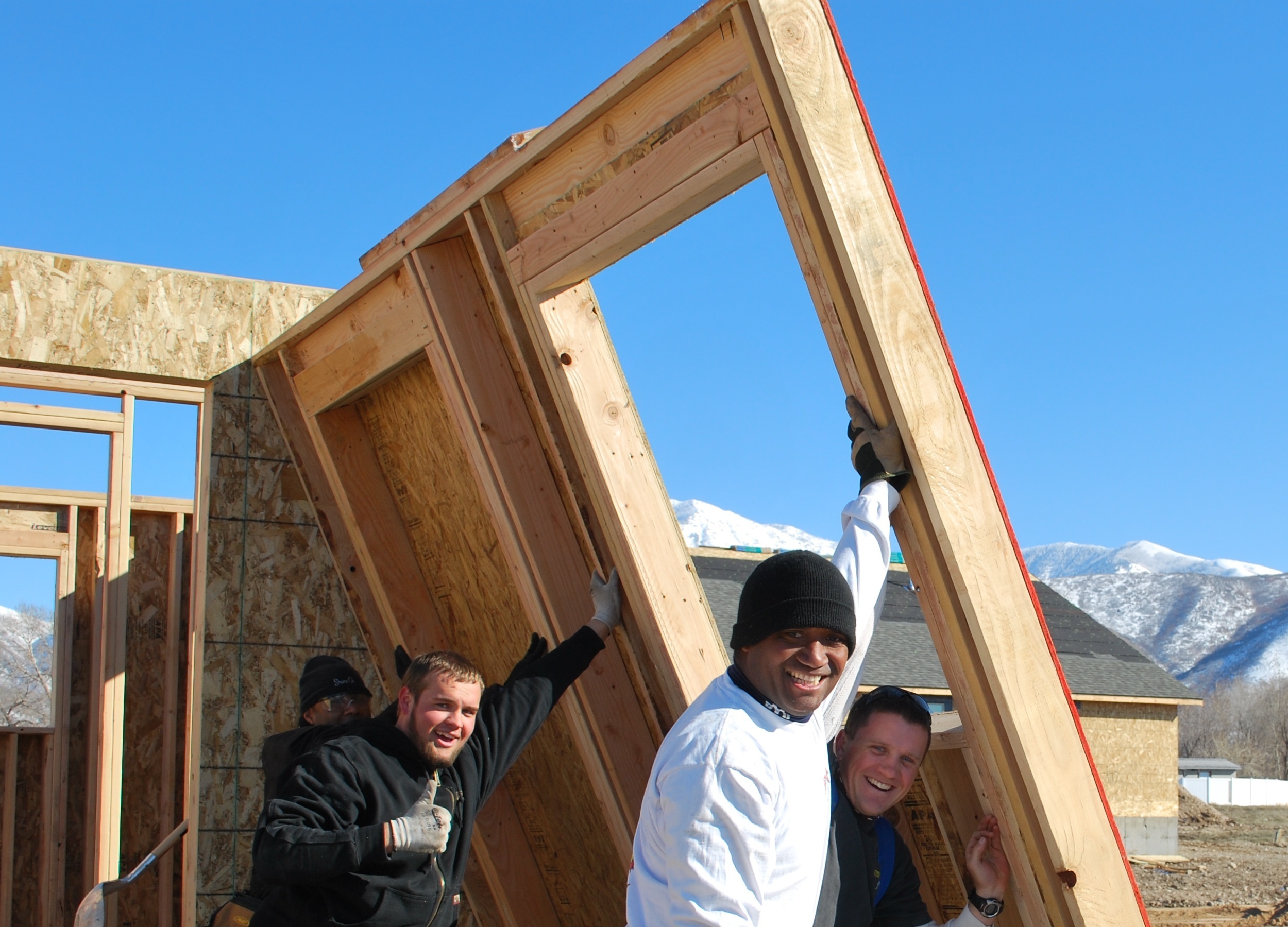 In central Utah, Devin and Amy Shepherd would not have been able to afford their three-bedroom rambler in Fountain Green if they had applied through private, conventional lenders. The couple, who are expecting their second child, got a loan that paid for the lot, all construction costs and required no down payment. Their USDA backed mortgage is one of the few no-down-payment programs offered since private lenders tightened standards in the wake of the financial meltdown last fall.

In July, when Devin Shepherd was laid off from his farming job and four months after closing on the loan, the Shepherds could have asked for a temporary suspension of their mortgage payments. In fact, the program gives borrowers a two-year moratorium on payments if breadwinners lose their jobs.

The Shepherds opted instead to sell their two new vehicles and buy a used car. He also was able to pick up some construction work before returning to his regular duties in January at the turkey farm.

“We were kind of stubborn about keeping up on our payments,” said Amy, who learned about the loan program through word-of-mouth. “But it was good to know we had other options.”

Last year, the USDA spent more than @251 million in rural Utah to help with housing, utilities, community facilities and farming costs, according to a report from USDA’s Rural Development.

The loan programs aren’t well known because the farm agency has no money for advertising. And, few think of the USDA as a bank.

Home, business and community loans and grants are restricted to areas with lower population densities, generally outside the Wasatch Front and city limits of St. George in southern Utah.

The loans are made through Rural Development’s seven statewide offices or approved lenders.

They are designed for moderate-and low-income families. For instance a family of four making up to $70,750 per year qualifies, and subsidies are available for lower-income households.

Rural Development also has formed partnerships with nonprofit housing groups to give individuals and families the opportunity to reap financial benefits when they construct up to 65 percent of their homes. Families must be willing to work 35 hours per week under the supervision of a licensed contractor, and no one moves in until the subdivision or project is completed.

On Feb. 1, the program’s interest rate was reduced to 4.375 percent from 5.375 percent, to purchase an existing home, a lot or to build a home. Interest rates may be as low as 1 percent, depending on family income. The 33-year mortgage payments also allow for closing costs to be folded into the loan, and borrowers will never pay more than 30 percent of their gross income for interest and principal.

“These are the types of mortgages that some people can only dream of,” said Brad Bishop, executive director of the Rural Housing Development Corp. in Utah County, one of the seven nonprofit housing groups in Utah that administer the self-help initiative program.

Since August 2000, Bishop’s group has overseen the construction of 150 single-family homes in Utah County. Statewide, 460 homes have been built in the past seven years.

Rural Utahns also have gotten help with rental payments. Under the Multi-Family Housing program, more than 700 tenants were provided affordable rents last year, up from 582 the year before.